Out beyond Mars there’s a vast open place
That’s littered with asteroids tumbling in space
The asteroid belt, though, is not what you think
If our system’s a kitchen, the belt is the sink.

The planets are messy. And while they were small
Like babies, who throw lots of food on the wall
The planets tossed rocks and ice this way and that
The asteroid “sink” is where some fell and … splat!

Closer than Jupiter, farther than Mars
Some asteroids are dry. Some have water on thars.
The inner belt’s mainly just big cratered rocks.
There’s not enough water to dampen your socks.

The outer belt’s got lots of water to drink
It came from the same place as ours, we think.
These asteroids started out far from the Sun
And Jupiter kicked them all inward, each one.
Some were implanted way down in the belt
And others went past it, toward Earth (or to melt).

Another thing that might surprise you to know:
The masses of asteroids really are low.
Sure, there are millions of asteroids and such
But add up their masses. There’s really not much.
Together they’re less than a thousandth of Earth
We don’t know if, back at the time of their birth
They were more numerous, most got destroyed,
Or whether the belt started off nearly void.

Imagine you splurged on a rocket vacation
And headed for Jupiter’s Ganymede station
It’s not like in Star Wars‘s asteroid fields
(With Chewie and Han and C3PO’s squeals!)
You’d zoom through the belt with nary a care
No chance of a crash — there aren’t enough there.
The odds of just seeing a big one are tiny,
Unless you go out of your way. (They’re not shiny)

Meteorites are a powerful tool
The subject of classes at asteroid school!
They’re pieces of space rocks that fell down to Earth
The asteroid belt is their cradle of birth.
Studies in labs can track down their source
I mean to specific big asteroids, of course
And then we can study the space rocks in place
And know that they match up with asteroids in space!

Ceres is Queen of the belt. She’s the best-a.
Her husband is Pallas. Court jester is Vesta.
She makes up a third of the belt on her own
She’s cratered and icy and sits on her throne.

Vesta’s companions make up quite a troupe
A family of asteroids, sort of a group
We think this group formed in an ancient impact
Another small asteroid flew in and whacked!
The fragments — the Vestoids — are slowly just spreading
And some land on Earth!  Who knows where they’re heading…

To see them up close and to test out some theories
NASA sent Dawn to both Vesta and Ceres.
Between Vesta’s craters and orbital motion,
It found out that Ceres once had a deep ocean!

There’s two current missions I really adore
They landed on asteroids — but wait, they did more!
They’re scooping up samples — those rocks are a treasure
And bringing them back down for Earth labs to measure.

An asteroid question to fill up your head:
Why didn’t a planet form out there instead?
The belt is so wide that one could fit there nicely
Its orbit quite stable.  (Perhaps a bit icy.)
But Jupiter thwarted it, without a doubt
When asteroids grew big, Joop tossed them right out.

Do headlines like this keep your mind filled with worry:
An asteroid’s headed for Earth in a hurry?
Listen to me. There is little to fear
Space is enormous. You’re safest right here.

Telescopes, nightly, are breaking a sweat
They’re finding the asteroids posing a threat
Dinosaur killers are really quite rare
We’ve found almost all of them lurking out there 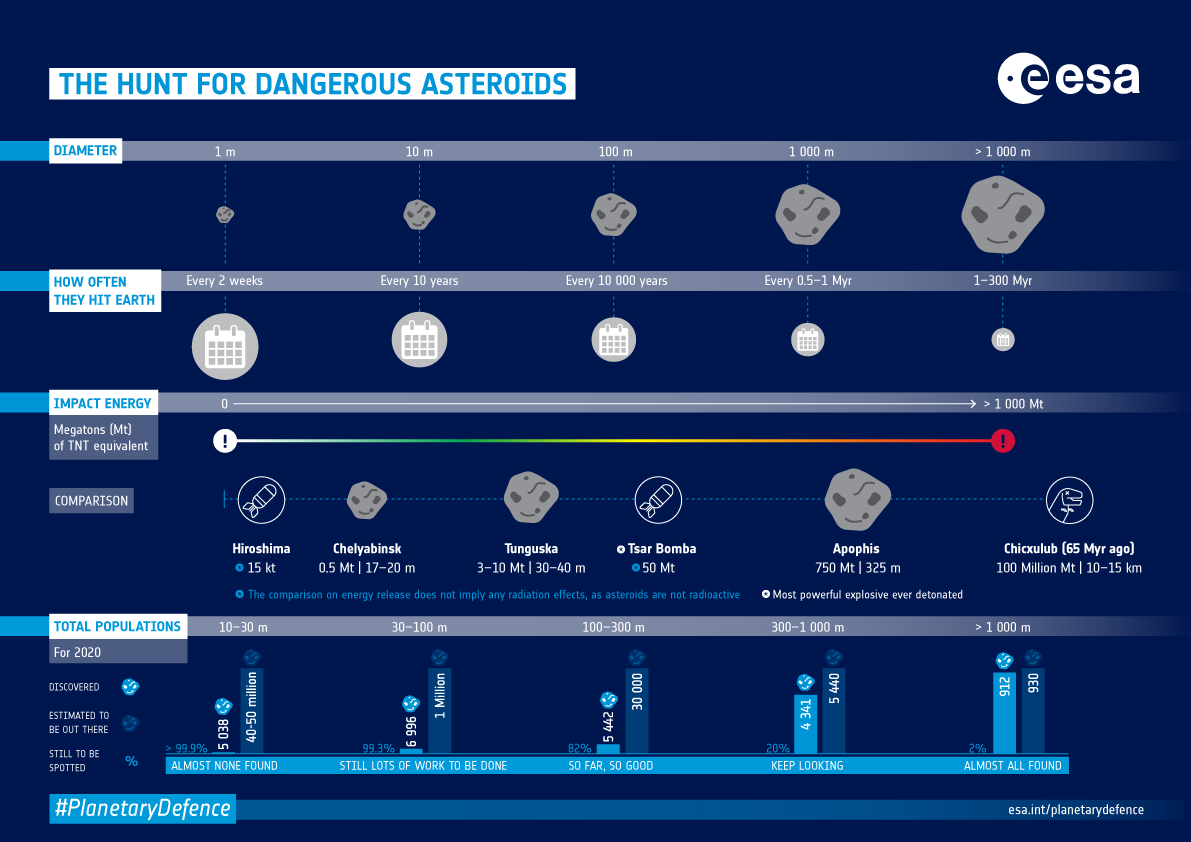 When there is a murder, at least in a thriller
The blood on the wall helps the cops find the killer
Now here is a thought for you served on a platter:
Asteroids are kind of the planets’ blood spatter.
They help us to figure our system’s own history
The birth of the planets is still quite a mystery.
Although they are small, they fly above their station
And provide us with all sort of great information.

To wrap up there’s only one thing left to say:
I wish you a wonderful Asteroid Day!

2 thoughts on “Asteroids — the poem”